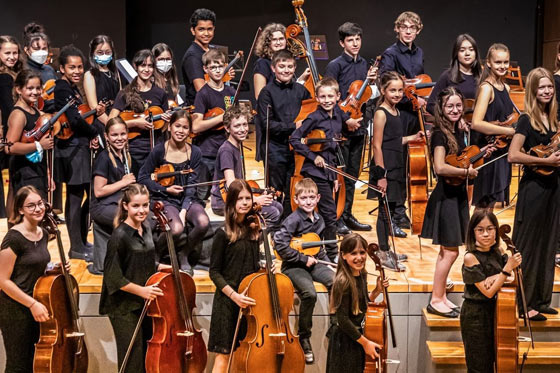 Since 2008, "Die Telemänner" have been delighting people of all ages with baroque and modern music. They have already been portrayed on Deutschlandfunk and performed in 2011 at the Stuttgart Music Festival of the International Bach Academy. In 2014, Die Telemänner performed with the Finnish Baroque Orchestra at the Helsinki Musiikkitalo. In 2015 and 2017 they won 2nd prize at the European music festival Neerpelt/Belgium. In the Baden-Württemberg State Orchestra Competition in 2019, they received second prize and the rating "participated with great success". In the International Summa Cum Laude competition in 2018 they were awarded first place and the rating "excellent" in the "Special Ensembles" category. In 2018, Die Telemänner represented the city of Stuttgart in the partner city of Łódź. In 2020 they performed a cooperation concert with their partner ensemble, the Lindbergh High Orchestra, St. Louis, USA. In 2021 they collaborated with the renowned violinist and composer Aleksey Igudesman. They are the only baroque orchestra in Germany that promotes young musicians between the ages of 4 and 20. Many former members are now national competition winners, instrument teachers or music teachers. Or else they continue to have the best hobby in the world. Their YouTube video "Musik Video Fight" has been viewed more than 15,000 times. In November 2021 they could be heard at the EXPO Dubai. 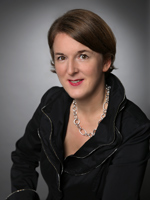 Steffi Bade-Bräuning is a sought after conductor and arranger. She finished her studies at Hochschule für Musik Köln in 1997 and continued her studies in Masterclasses with Joshard Daus, Helmuth Rilling and Salvador Mas Conde. She was Head of Music at the German School Singapore from 1999-2003 and artistic director of the National University of Singapore Society (2001-2003). The Singapore Lyric Opera hired her as choir conductor for its production of Bizet’s “Carmen” in 2002. As a jury member, she was invited to the national competition of school choirs in Singapore “Central Judging of Choirs” for three consecutive years. In 2005 and 2009 Steffi Bade-Bräuning conducted two CD-productions with the Franconian Children’s Choir in cooperation with the Bavarian Radio Station. The Youth Baroque Orchestra „Die Telemänner“ was founded by Steffi Bade-Bräuning. She is the artistic director of the University Orchestra Esslingen and has recorded Ney Rosauro’s Marimba concert among other works. She conducts the renowned Esslinger Liederkranz e.V. 1826, of which she is the first female conductor ever. Since 2013 her ensembles have been invited yearly to perform at the Palace of Solitude Stuttgart. Bade-Bräuning has conducted numerous international music projects in Italy, France, Hungary, Hong Kong, Singapore and the USA and was nominated for the Marion Doenhoff-Preis in 2003 for her achievements of international understanding through music.